Remember when we were young and didn’t want to see our dogs get older. Even now, we love seeing puppies and wish they didn’t grow into adult dogs, but they do, well naturally, because they have to. But here’s the thing some of the cute pups never grow up (well, technically they do but not in their size), making them ideal for being your close companions.

Luckily for the ones who can’t tolerate being apart from their pups, there are dog breeds for that. They are adorable, portable, and some can’t even reach your kitchen counters. They can’t scare the thieves, but they sure can warn you about the danger nearby. Yes, these dog breeds are great for singles, kids, families, and the elderly.

Here are the best miniature dog breeds for you 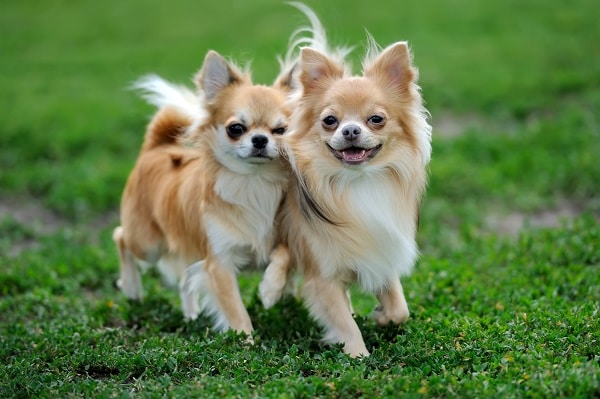 There is no other canine who would top this list of small dogs list than this 10 inches tall and 6 pound Chihuahua. They are not shy to convey their feelings, of course, which is through barking, but the attitude they throw is more than what your golden retriever wouldn’t. This puppy has the sass and the barking skills to scare anyone who poses a threat to you. It is one of the cutest looking dogs. Even Paris Hilton would agree that no other dog makes a human squeal with delight like the Chihuahua. 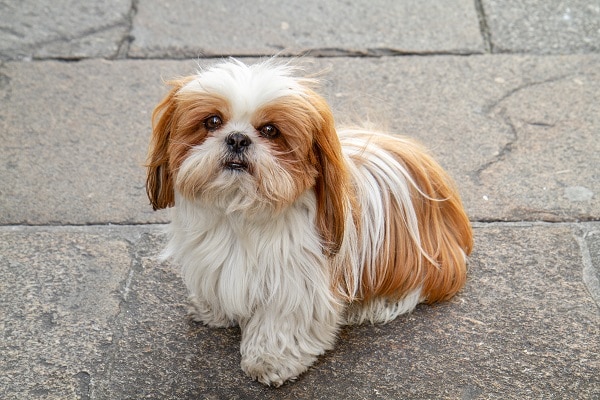 This little pup is also known as the chrysanthemum dog, like the flower. It is known to have originated in ancient Tibet. This little tyke was so impressive that it was considered honorable to give this pup in ancient times. And it is so friendly that you would start playing with you on the first meet and might even sleep on your welcoming lap. It is 16 inches tall when fully grown, weighs about 16 pounds, and is a very loyal companion. 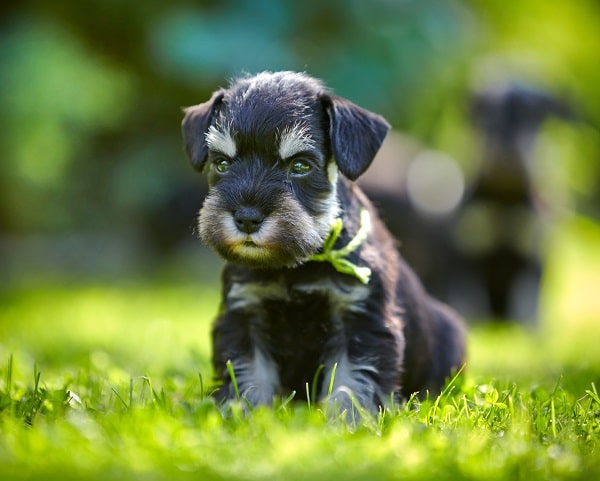 This mini dog has a history of taking out rats, and despite being super friendly and spunky, it was called ratter in the 19th century. Being it a long time ago now, the only thing it’s capable of capturing besides your heart is Frisbee or balls. It’s a mini version of German-bred Schnauze, weighs up to 14 pounds, and is 14 inches tall. 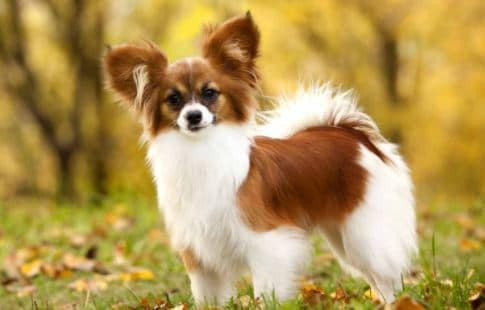 This cute tyke looks like a giant fluffy butterfly. They escort back to 15th century Europe making them the oldest small dog toy spaniel breeds in the area. This pup is usually utilized as a watchdog to signal his owners and is clever, lively, and spirited. He can stand 11 inches tall and weigh up to 10 pounds. Generally, from a Papillion, you can presume it to be an alert, happy, and smart dog, also very outgoing and who would also love spending time napping or sitting in your lap.

A perfect blend of fun and calm, these dynamic dogs are described as very friendly and lively, always getting on very well and all other pets and canines, even the cats. They thoroughly relish playing with other bigger animals, despite being small in size. And so is the situation with many other miniature dogs. They must be kept under observation while playing with your kids. They are fragile little puppies, after all, and want to be entertained with the intense care and love that they so rightly deserve. Needless to say, but you will never be frustrated by this eager to please Papillion, which is even called an excellent therapy dog for relieving your stress by simply giving you company. 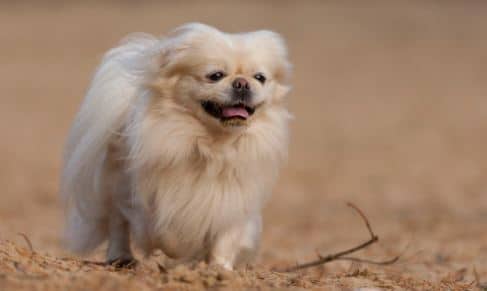 It is a breed from China that hasn’t softened with age and dates back more than two thousand years. The Pekingnese is remarkably loving and loyal to his owner, and It is an aggressive little puppy with a stubborn streak, but it is not a big follower of other pets and kids. He’s a fabulous companion dog but is not a ride for your tote, as it will never agree to. It is nine inches tall and weighs around 14 pounds. Super aloof and dignified, the Pekingese could even become a great watchdog, notwithstanding his cute small size.

When he thinks something is wrong, the dog will bark to signal you. Overall, with a bit of independence mixed in, you can expect these tiny dogs to be devoted and smart. You need to be patient because, in training, it is sometimes an extremely stubborn tyke to get the great results you wish for. Particularly in the early days with those emotional puppy days (With proper socialization), the Pekingese makes a pleasant companion. He will always be comfortable and friendly around all the people he meets. Also, you do not have to worry about your pup being rude to the guests. 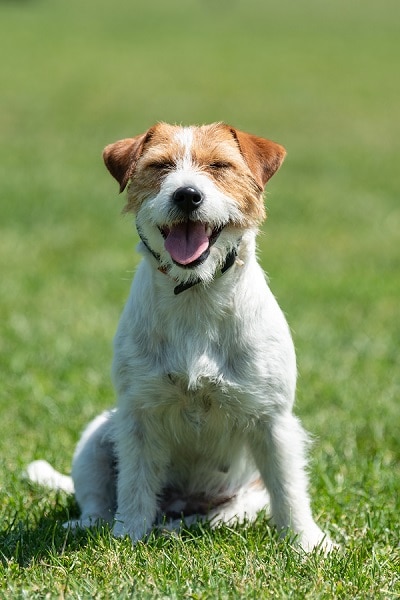 It is a small terrier dog with its origins in England relating to fox hunting. It is smooth, rough, and white-bodied and can also be broken-coated and has various colors. The Jack Russell is frequently confused with a shorter-legged, stockier variety called the Parson Russell terrier. They can measure up to the size range of 10–15 inches and weigh around 13 to 18 lbs. they do need a high level of exercise stimulation and can thus be called an energetic breed. They seldom have any serious health problems basically can be called free from it, and through the years it has gone through several changes. Jack Russell terriers have made an appearance with several historical dogs of note and many times in television, print, and even films. 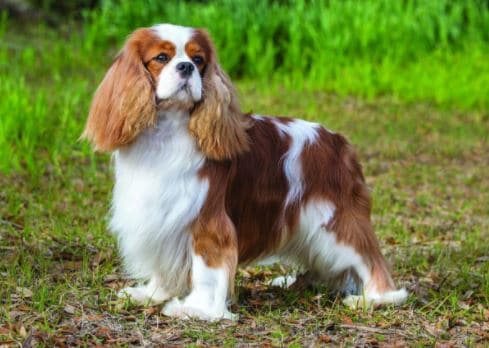 It is very popular in the United Kingdom and weighs around 13-18 lb and measures up to 12-13 inches. It finds its origins in England and has a variety of colors ranging from Blenheim, Black and Tan, Ruby, and Tri-Color. Popularity has grown since the 2000s and ranks at about 19th most popular dogs in the United Kingdom.

This breed is generally very affectionate, friendly, and good with children, animals, and other pets. On the other side, it requires much human interaction. Because they are family dogs, it is highly recommended not to leave them alone at all for long periods. You can drop them off at a friend or a pet sitter. Between nine and fourteen years is the expected average lifespan of a Cavalier King Charles Spaniel. They are good for long walks and also make a great companion for humans of all ages. 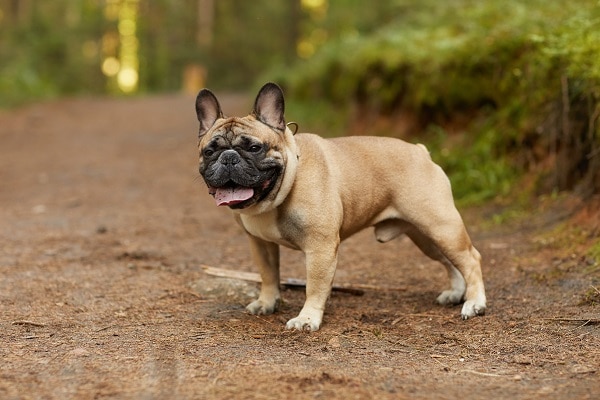 It is also known as Bouledogue Francais or Frenchies, the most popular nickname given to them. These dogs have their origin in France and have an average lifespan of about 11-13 years.

These dogs weigh around 12 pounds and can also weigh around 16-25 pounds. They are very stocky, strangely compact dogs with a friendly, mild-mannered temperament and can have an irritable nature, depending on the dogs’ mood. It was a result of cross-breeding between local ratters in Paris, France, and Toy Bulldogs brought from England around the years in the 1800s’.

They may suffer from separation anxiety if separated from their owners, and that is why they need to be in close contact with humans. They rarely bark and are very close companions. They are socializing puppies and can be very stubborn, so extensive care is needed to train them. 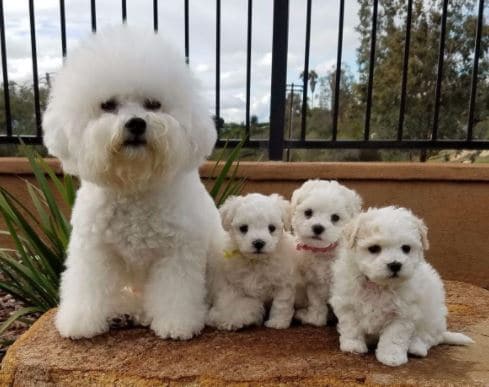 They are generally curly lap dogs and love socializing too. Their life span ranges between 12-15 years, can be White, White & Buff, White & Cream, White & Apricot, and such in colors. They are aggressive and mildly temperamental and affectionate, cheerful, caring, playful, and compassionate. They shouldn’t be left to themselves for a long period. They are around 10-14 inches in height and can weigh up to 7-13 pounds. 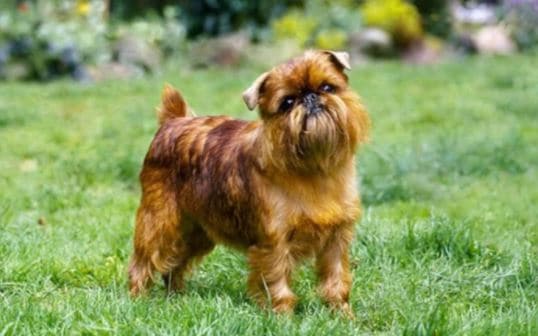 Also known as the griffon, Brussels is a breed of toy dogs who love social contact. They find their origin in Belgium and can have a lifespan of about 10-15 years. Their colors range from shades of Black, Brown, Belge, Red & Tan, and Blue.

They are mildly temperamental, Self-important, and Companionable. These cute small dog breeds are also very Alert, Inquisitive, Sensitive, Watchful, social, and love human contact. Like so many different dog breeds, they are difficult to house train and can require a lot of intense care and patience. They can be 9 to 11 inches tall and weigh around 10 pounds.

In conclusion, cute lap dogs and small and miniature dogs can be very suitable for being your daily companions. They can provide you with company in stressful situations, and walking a dog is considered one of the most therapeutic things. There are many other small dogs with a double coat like Yorkshire terrier and Chinese crested and cairn terrier and cocker spaniels, to name a few.

Prev postNext post
Use your ← → (arrow) keys to browse