Interesting Wild Birds to Look Out For

As people spend more time at home, backyard birding has recently increased in popularity. Small birds are interesting and social creatures, and it’s said that when a wild bird joyfully sings, it’s an indication that all is peaceful and well. Watching and listening to the birds outside your window can bring entertainment and relaxation for those with a watchful eye. 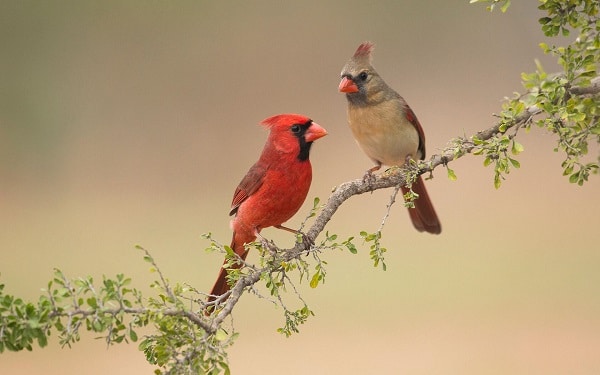 These familiar birds are commonly seen around backyard feeders across the United States and North America. The males are bright red, while the females are a duller brown, but all cardinals have a bright orange-red beak. The cardinal’s song is well-loved and lilting, and although humans can’t discern the difference between them, male and female cardinals have completely different songs. In nest building, males bring twigs to females, who use their beaks and bodies to create a custom-fitted nest.

Where to Find Them 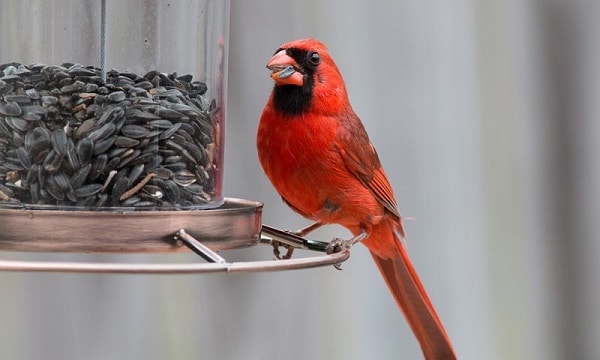 Cardinals can be found in gardens, wetlands, and woodlands. They are “ground feeders,” which means they like to hop around on the ground looking for grains, sunflower seeds, bits of fruit, and insects. Some of their favorite seeds are safflower seeds (which other critters, like squirrels, avoid), so adding them to your backyard feeders will help attract cardinals. Because male cardinals get their red coloring from the carotenoids in their diet, offering more high-quality food can affect their feathers’ brightness.

These much-beloved birds are the state birds of seven states and hold that title more than any other wild bird species. Cardinals are also the mascots of numerous professional and amateur sports teams and universities. They’re protected by the Migratory Bird Treaty Act of 1918, and the Convention for the Protection of Migratory Birds in Canada, making it illegal to capture, kill, or own them as pets. In folklore, cardinals often represent good luck and blessings from distant loved ones. 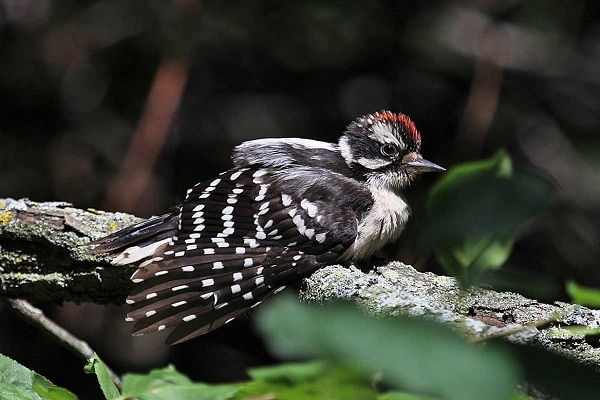 Downy woodpeckers are the smallest woodpeckers in the United States, measuring about 5 1/2″ – 7″. Their feathers are black and white, and males have a small red patch on the back of their heads. They like old-growth deciduous forests and brush, and like most wild birds, like to eat insects, seeds, and fruit. Because of their small size, they can forage in tiny branches that would be unsuitable for larger woodpeckers. They also love suet cakes in backyard feeders.

Males and females participate equally in tree excavation for nest building (in which they build a new nest every year). They are also equal partners in the incubation and feeding of new chicks. At times, you can hear the drumming of these woodpeckers while nesting or mating, as this is the mode of communication they often choose over singing. If no tree trunk is available, they will drum on metal fixtures or siding to achieve the same effect.

As natural predators, downy woodpeckers have proven to be huge assets in the fight against destructive and invasive insects like the Elm Bark Beetle, the Emerald Ash Borer, and the European Corn Borer. These insects do millions of dollars of damage every year, and we are lucky to have these small birds as allies! Like the northern cardinals, these birds are also much loved and protected by the Federal Migratory Bird Treaty Act. 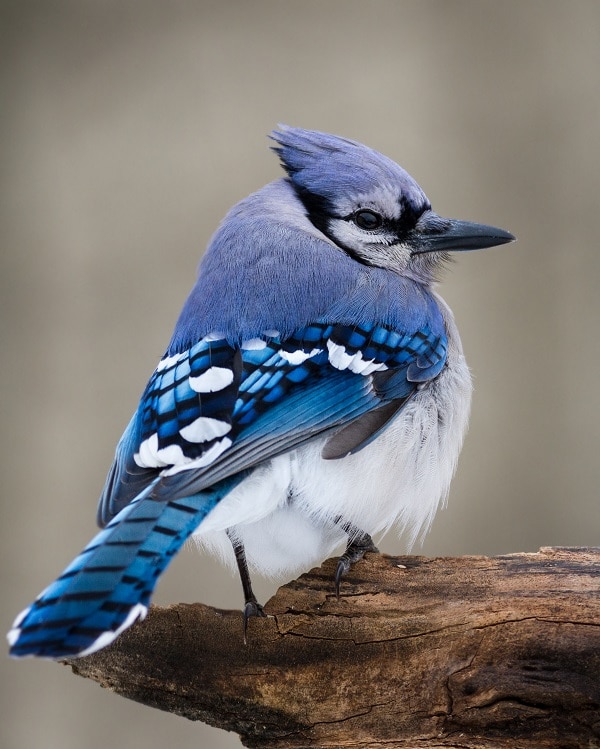 Another common yet interesting backyard wild bird is the blue jay. Although its feathers are white on its chest and underneath its body, the blue crest and overall blue color are unmistakable. Both males and females enjoy this blue color, and their colors stay the same all year round.

Blue jays are known for being noisy and aggressive and may bully other birds away from the feeder. However, they are a highly beneficial addition to any backyard, as they will also be aggressive toward any invading predator like raptors, hawks, owls, or other dangers, so in many instances, they act as the protector for smaller birds. They can also mimic the loud call of a hawk, which may frighten other predators away and warn smaller birds of impending danger. 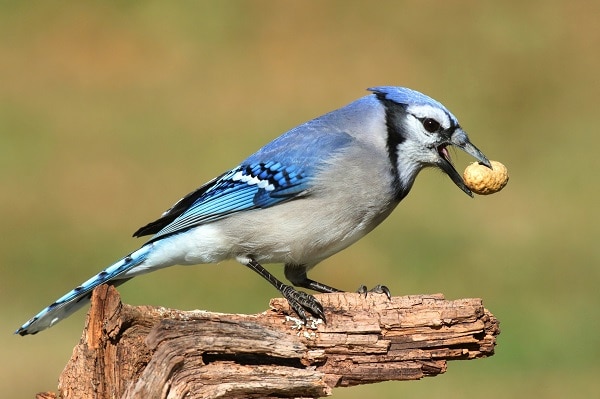 The strong bill of a blue jay allows them to open nuts and seeds with ease, including acorns, peanuts, or other seeds with tough shells. They can eat from feeders, or from the ground, and are not incredibly picky eaters. Besides nuts and seeds, they also like to eat grains, fruits, berries, bits of bread or meat, corn, and even human table scraps. 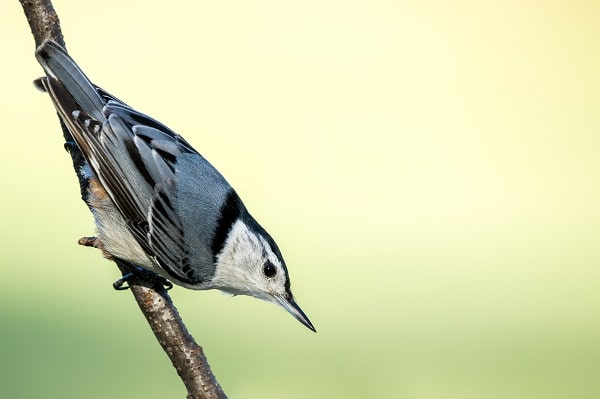 While not very colorful, these small and adorable wild birds are extremely acrobatic, and actually prefer to be upside down! They have a distinctive and streamlined shape, which makes them easy to spot as they slide up and down headfirst along tree trunks. They usually forage for food starting from high up in the treetops and making their way down.

These nuthatches are common to backyards and will store sunflower seeds from feeders and suet cakes in their bills for later storage in nooks and crannies in tree bark or under bits of lichen or moss. So while they appear to be digging for insects like a woodpecker, they might just be collecting some of their earlier treasures. They do feed mainly on insects (and spiders in particular), and exclusively make this the diet of their babies.

Female nuthatches are solely responsible for nest building and usually make their nests in abandoned woodpecker holes 15-60 feet high for safety. Before building a nest, she will often coat the inside of the cavity with a dead insect’s secretions to chemically ward off predators. She lines the cavity with clumps of mud, bark, and fur as a base, then builds a softer smaller nest on top. It’s a lot of work, but she’ll use the same nest for years.

Many interesting species of wild birds have learned to cohabitate with humanity, and can often be seen courting, nesting, and feeding in backyards, parks, and urban and rural spaces. Not only do they play a vital role in our natural ecosystem, but their behaviors and songs are also fascinating to observe. 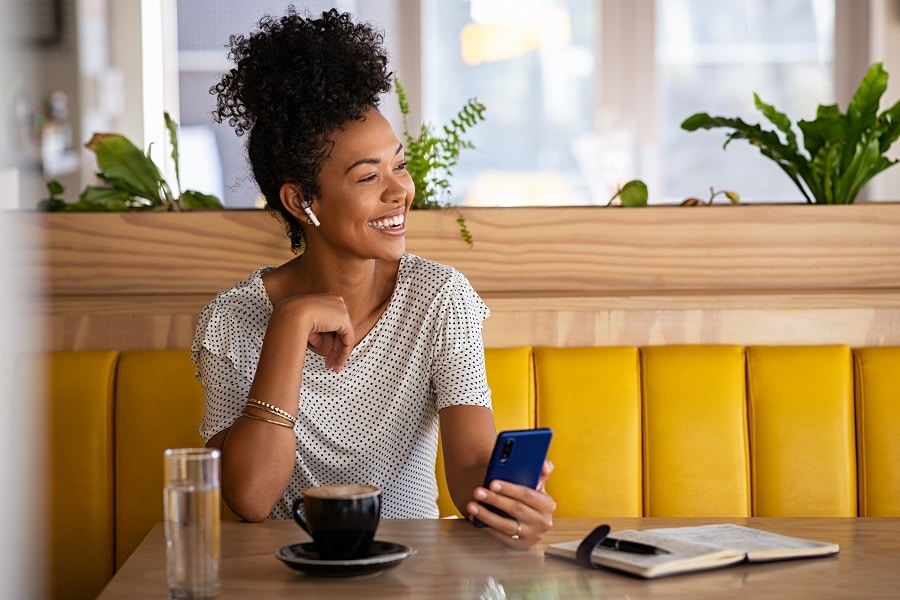 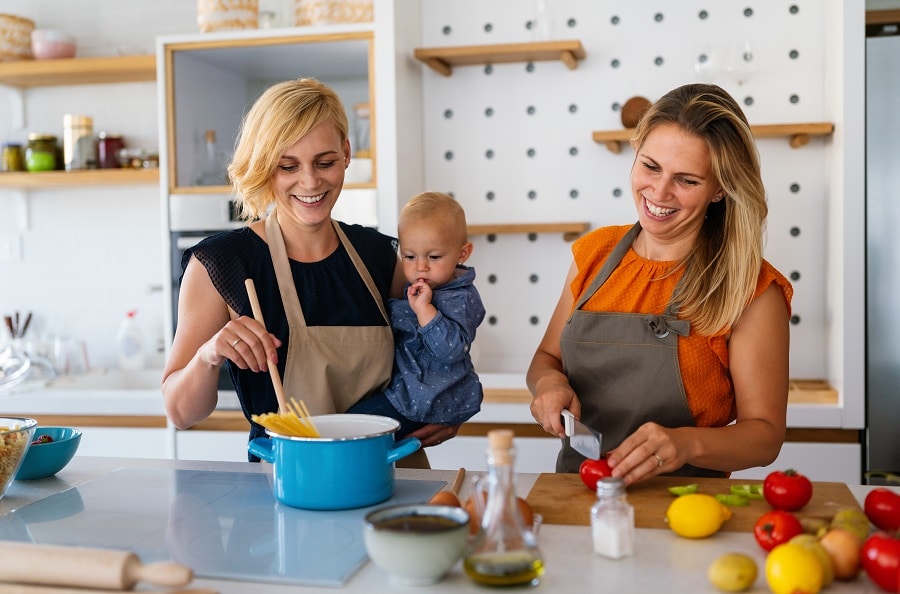 Kitchen Tools That Are A Must-Have

Everyone has their must-have kitchen tools. The things that you can’t live without when you’re cooking. For some people, it’s a good knife set. Others…

Continue Reading >>Kitchen Tools That Are A Must-Have