Tips For Keeping Ants Out Of Your Home

Ants are the most common insect infesting homes. Ants enter your home because they need food or water or to find a mate or nesting site. They can take their time getting into your house, but once inside, they will scavenge for any type of food and contaminate everything in their path with pheromones that attract other ants. They also create unsanitary conditions by depositing droppings on floors, countertops, and other surfaces where disease-causing organisms thrive. So what can you do about it? Read on to find out!

Rosemary oil is a very common and relatively easy way to keep ants at bay. First, try mixing a few drops of rosemary oil into a spray bottle with distilled water. Then, spray the mixture around the perimeter of your home, along windowsills, doors, and any other possible entry points for ants. The strong scent of the rosemary will deter most ants from entering your home.

Garlic is a strong-smelling, natural pesticide that can keep ants out of your house when mixed with water and placed near openings in your home. Another method of using garlic to exterminate ants is by mixing 1/2 cup chopped garlic cloves with 2 cups water in a blender for about 1 minute. Next, strain the mixture through cheesecloth and mix it with 1 teaspoon of liquid dish soap together in a bucket before pouring it down drains or other areas where ants may enter.

Cayenne pepper powder is helpful for keeping ants at bay because it masks their scent trails which they use to follow each other. To make an infusion, mix 1/2 cup cayenne pepper powder with enough water to cover and boil over medium heat for 5-10 minutes before removing it from the heat and letting it stand overnight. Strain and pour into a spray bottle and apply as needed around your home, making sure not to get the mixture on furniture or fabrics as it will stain.

Bay leaves can be used in 2 ways to keep ants out of your house. First, if you place fresh leaves or whole dried ones near entry points such as doors or windows where you notice ants entering the house, they will be unable to cross them because the smell of bay leaves overwhelms their sense of smell and confuses their path. Dried crushed bay leaves can also be used in cracks around baseboards, windows, doors, or wherever ants enter your home to deter them from coming inside.

Cucumber slices are a great alternative to using chemical pesticides for killing ants because they act as an ant repellent, poison bait, and trap all in one. To use, cut cucumbers into 1/2-inch thick slices and put them where you have seen ants crawling around your home. Ants will eat the cucumber slices thinking it’s food but once consumed by the pest, it will release a substance that kills the ant. If this doesn’t kill the ant, it will at least deter them from entering your home.

Ants are said to be repelled by baking soda, so sprinkling some on entry points to your home should cause intruders to seek shelter elsewhere. You can also mix up a batch of baking soda with water, dish soap, and peppermint oil to create an ant barrier around your home that will cause them to stay away. The mixture also acts as a disinfectant because it upsets the pH of their stomachs which causes them harm when ingested.

Peppermint oil is a natural pesticide that can be used to keep ants out of your house. To use it as an ant repellent, add ten drops of peppermint essential oil to 1/4 cup water in a spray bottle and shake well. Then, spray all around entrances into your home, windowsills, and other areas they may enter. Peppermint oil smells great, but ants apparently hate the smell, so using this mixture will come in handy when you want them gone fast!

Ants don’t like anything sour, and vinegar’s acidic properties make it a great way to deter them from invading your home if applied correctly. To create an effective barrier around your home, mix equal parts vinegar and water in a spray bottle and spray it around your windows and doors where you have seen ants entering before. This will make them lose their appetite because they can’t taste it!

Cinnamon sticks are another natural remedy to use for pest control. Ants hate the smell of cinnamon, so just placing some out will help keep them away! To make this tip more effective, mix two tablespoons of ground cinnamon with a half cup of boiling water before letting it cool and pouring it into a spray bottle. Shake well before using it around the ants’ entry points. For even better results, place cinnamon sticks in entryways to your home.

The smell of cloves is said to repel ants and other pests because, like so over the other deterrents on this list, it masks their scents trails which they use to follow each other around. So if you mix up a batch of ground cloves with water and spray it around your home on entryways and windowsills where you have seen ants entering before, they will be unable to follow the path to get in! You can even place whole cloves around entry points for the same effect.

There are many alternatives to using chemical pesticides to get rid of ants. Whether it’s by using natural ingredients like cinnamon sticks, ground cloves, cucumber slices cut in half for bait, or even baking soda mixed with water and peppermint oil, you can help control these pests on your own without the use of toxins. So if you notice an ant problem beginning in your home, try some of these great tips before the problem gets any worse.

10 Tips For Moving To A New Home

Moving to a new home can be an exciting yet daunting experience, requiring preparation and planning to ensure the transition is successful. Whether you’re moving…

Continue Reading >>10 Tips For Moving To A New Home

How Paint Color Can Affect Your Mood

Have you ever walked into a room and felt instantly happier? Or noticed that some rooms leave you feeling drained or bored of Paint Color?…

Continue Reading >>How Paint Color Can Affect Your Mood 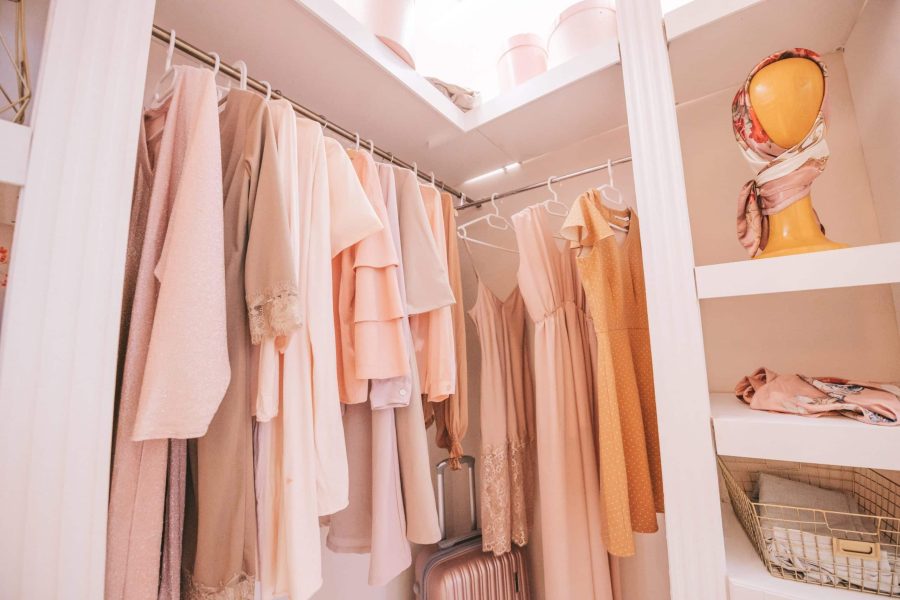 Do you feel like you never seem to have enough closet space? Are you constantly struggling to find a place to put your clothes? This…